Thank you to everyone who participated in our Celebration of America Event!
We are happy to announce that we raised $2,453.00 for Fort Mifflin on the Delaware!

Due to unforseen circumstances, the Helicopter Rides are grounded and will be not be available today.  Upon routine inspection before the flight, they discovered a cracked cylinder so the Helicopter is grounded.  We will still have a candy event for the kids at 5:15pm.  We hope to offer rides again at a future event. 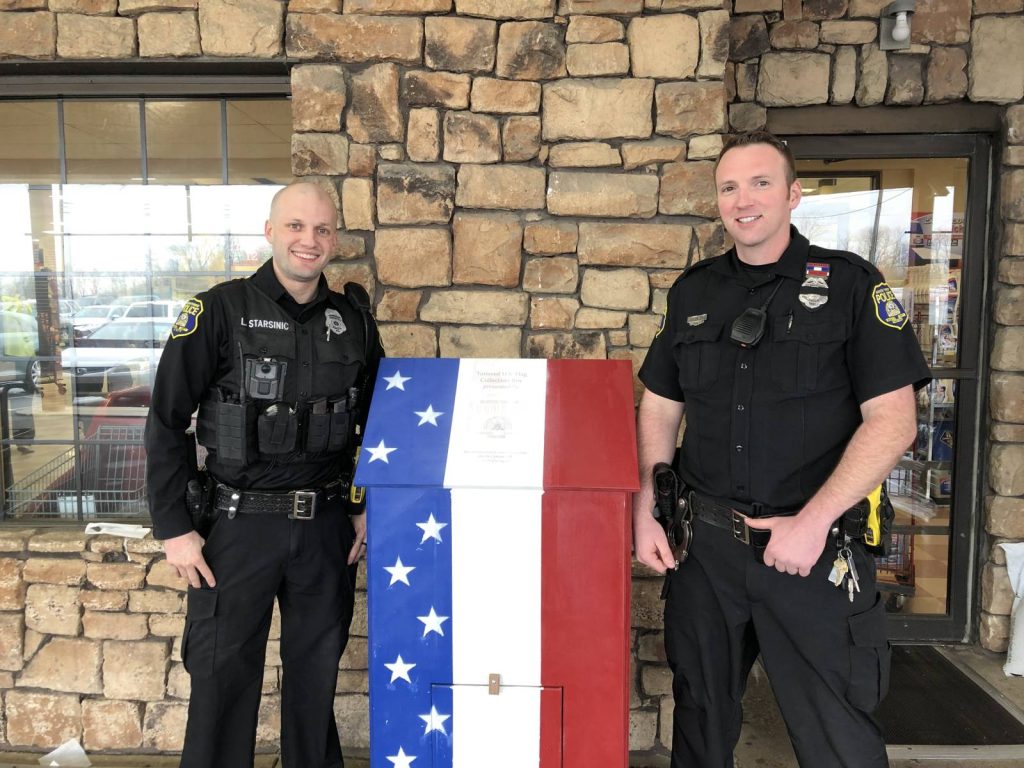 When the United States flag becomes worn, torn, faded or soiled, it should be replaced with a new flag. But what do you do with the old one? The answer is not to simply throw it away, but to “retire” it in a dignified way.
To help with that, two Manheim Township Police Officers recently took it upon themselves to build a box for tattered flags. Officers Lucas Starsinic and Mark Shivers placed the box outside of Oregon Dairy. Since the placement of the Tattered US Flag Box, the department has collected over 1,800 United States Flags and
that has led to the creation of this Amazing Event…

Ceremony of Final Tribute Starting at 7:00pm
Bring your chairs and blankets and if you have a worn, torn, or tattered United States Flag that you would like to properly retire,
please bring it along and we will retire it with the dignity and respect it deserves.

Helicopter Rides by Abella Aviation – Cancelled due to cracked cylinder.

If you would like to just attend the Flag Retirement Ceremony at 7pm – the admission is FREE
but you still need a ticket for admission.  Scroll to the bottom of our ticketing page to reserve your ticket.Crane

Donations & Sponsorships will benefit Fort Mifflin on the Delaware.


“Your donation or sponsorship of Celebration of America supports programs and projects at National Historic Landmark Fort Mifflin, site of the greatest bombardment of the American Revolution and veteran of three centuries of service to our country. As we approach the milestone anniversary years of 2025 (founding of our armed forces) and 2026 (signing of the Declaration of Independence) we are working tirelessly to improve the visitor experience. Priority initiatives in this regard include repair and replacement of building roofs, masonry and carpentry repairs, creation of educational programs and material specifically focused on our nation’s earliest years and more. Your support has the potential to impact countless visitors over the coming years through preservation of the original historic fabric of the Fort, and engaging programming supporting the site’s compelling story of perseverance and ingenuity over three centuries.
Visit our website at FortMifflin.us to learn more.”

In gratitude and service, Elizabeth Beatty, Executive Director, Fort Mifflin on the Delaware

During the American Revolutionary War, the British Army bombarded and captured the fort as part of their conquest
of Philadelphia in autumn 1777. The United States Army began to rebuild the fort in 1794 and
continued to garrison and build on the site through the 19th century. It housed prisoners during the American Civil War.
The army decommissioned Fort Mifflin in 1962 and returned it to the City of Philadelphia.
Historic preservationists have restored the fort.

Thank You To The Following Sponsors:

Thank You To the Following Exhibitors: